1.1 Examples of converter unit response to changes in the catenary load. 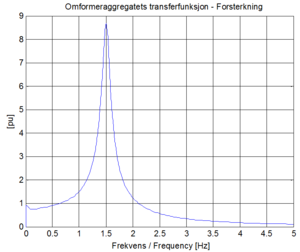 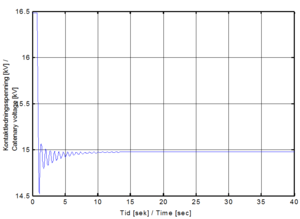 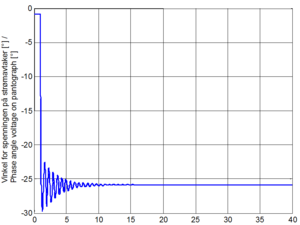 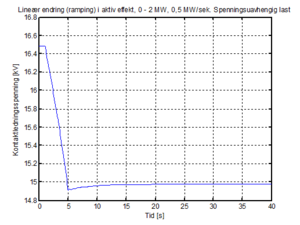 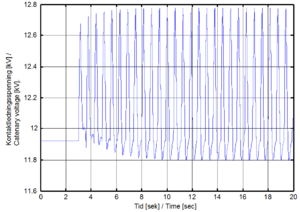 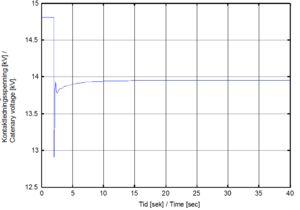 Figure 8b.1 shows the converter unit’s frequency response characteristics for active power between the single-phase and the 3-phase side in the 0 – 5 Hz frequency band. I.e. the dynamic, electromechanical connection between a single-phase power disturbance ΔP1 and the response in 3-phase power ΔP3 for the converter unit. It is assumed that the disturbance is sine shaped.

The frequency response characteristic for this converter unit has a distinctive resonance crest at approximately 1.5 Hz with an amplification of 9 pu.

Whether the power step is caused by load decrease or load increase has little significance for the oscillation’s magnitude.

Figure 4b.5 shows U 60km for a train that in the beginning consume 4.0 MW and then an unsymmetrical saw-tooth shaped change in load with maximum unfavourable frequency (1.6 Hz) and flank steepness of -1.5 MW/s and + 0.5 MW/s respectively. Repeating power change in each saw-tooth period is 234.375 kW with 4.0 MW as maximum power. Maximum oscillation in catenary voltage (top – bottom) is as follows:

Comparatively, a repetitive symmetric load change having the same change in each saw-tooth will have flank steepness of +0.75 MW/s and -0.75 MW/s and cause about 5 % larger oscillation in the catenary voltage.

Even small power changes will after a few oscillation periods cause considerable oscillation if they are repeated at an unfavourable frequency. If being able to allow rapid repeating power changes in one power direction (e.g. power reduction when activating wheel skid or glide protection) is technically desirable, the converter rotor oscillation can to some extent be limited by implementing stricter restrictions for power changes in the opposite direction.

Figure 8b.6 shows U 60km for a converter having 2.0 MW preload and voltage independent load for steps of 0 – 1.0 Mvar inductive power.

Maximum deviation in catenary voltage will be:

Step reductions of reactive power will also cause brief powerful variations in catenary voltage, but causing the voltage to rise rather than drop.